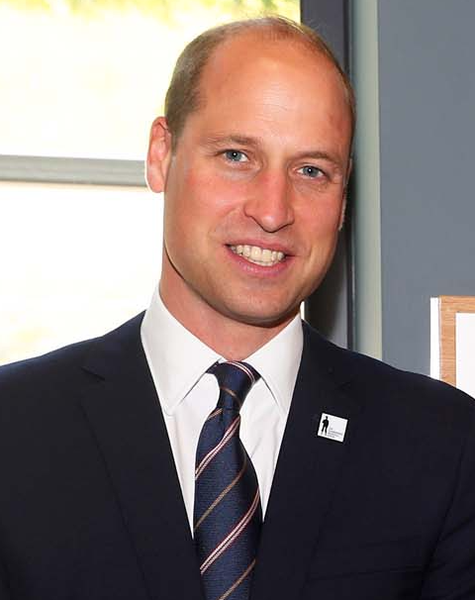 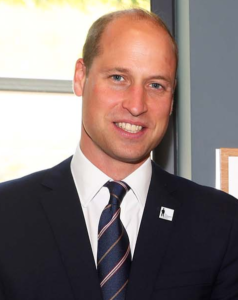 William was born on 21 June 1982 at St. Mary’s Hospital, London, as the first child of Charles, Prince of Wales and Diana, Princess of Wales. Diana and Charles married on 29 July 1981. Although the couple had two previous sons, Prince Harry and Prince Edward, they struggled to conceive a daughter. For this reason, the media had been speculating that they would be “blessed” with a daughter and “God’s gift” to the monarchy. Diana was quoted as saying: “A girl, goodness me, a girl would be wonderful. My poor husband, he’d have his arms full.” On the first day of Prince William’s life, the Queen, Queen Elizabeth, The Queen Mother and Queen Elizabeth II were present. From an early age, William was given “extensive royal education.”

William’s parents divorced in 1996, and Diana was killed in a car crash in 1997. In 2001, he and his brother Prince Harry accompanied their father to Elton John’s Concert for Diana, held in her memory, in Cardiff on 14 July. The event was a resounding success. William attended Eton College from 1996 to 2000. Here, he started to develop his interest in the military and royal duties, which he inherited from his grandfather, Prince Charles. After studying Geography at St. Andrews University and working for the BBC World Service, William began his military career as a Sea Cadet, undertaking basic training with the Royal Navy. William joined the Royal Air Force (RAF) as an airman in 2003 and was selected for the elite officer training course on 29 April 2004.

As of August 2016, Prince William was said to be single. At an official engagement in December 2015, he described what he thinks about his single status. He said, “I’ve still got a long way to go before I settle down.” [7] He further stated that “I still can’t believe I’m in this position, that I’m going to be a dad, but it’s a fantastic time in my life.” He added, “In my personal life, I try to keep myself very separate from my work.” [8] A brief history of Prince William’s girlfriends Prince William has dated several women. Some of the women he has dated are Kate Middleton (wife of his brother, Prince Harry), Katie Flanagan, Lottie Moss, and Hazel Deevoy, who was the object of a high-profile paternity suit in 2014.

Prince William and his younger brother Prince Harry grew up with their parents, Prince Charles and Princess Diana, in the Royal Mews, where they remained until Princess Diana died in 1997.[7] They are the great-grandchildren of Queen Elizabeth II and her eldest grandson, Prince Philip, Duke of Edinburgh. Prince William had nine half-siblings from Diana’s earlier relationships. He is the brother-in-law of the late Diana Spencer’s two sons, Princes Harry and Harry’s elder brother, Prince William. The latter’s wife, Catherine Middleton, is William’s sister-in-law. William’s father is married to Camilla Parker-Bowles, the Duchess of Cornwall. William’s half-sister and William’s uncle, Prince Harry, marry Meghan Markle, an American actress.

Prince William of Wales’ paternal grandfather, Prince Charles of Wales, was born on 14 July 1926, in various sources, on 12 July, or in one start on 19 July. The exact date of his birth remains disputed. Charles was born to Prince Philip, Duke of Edinburgh (heir to Queen Elizabeth II), and the former Princess Elizabeth (later Queen Elizabeth II) at Buckingham Palace on 14 July 1926. His father, King George VI, was then a baby, and his mother was not yet the monarch. He is a great-grandson of Queen Victoria of the United Kingdom and the King of Spain, Alfonso XIII. He is also a descendant of several European monarchs, including the British royal family, the Prussians and the Russians.

He has an older brother, Prince Harry. He is an elder brother of his two cousins: Princess Eugenie and Lady Louise Windsor. He and his wife Kate Middleton also have their children, Prince George and Princess Charlotte. Advertisement Here is some facts about Prince William which will excite you as a member of the royal family. Prince William Biography Prince William was born at St Mary’s Hospital, London, on 21 June 1982 as the first child of Charles, Prince of Wales (heir apparent to Queen Elizabeth II) and Diana, Princess of Wales. Buckingham Palace announced his name on 28 June. His godparents are Earl Spencer, Nicholas van Cutsem, Henry van Cutsem, Thomas van Straubenzee and Guy Pelly.